NOT A GOOD “TIME” FOR THE “CLOCK BOY” 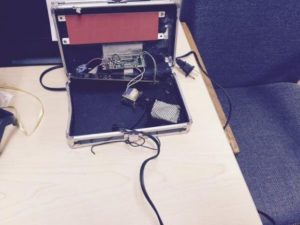 You may recall that over one year ago Ahmed Mohammed, who came to be known as “the clock boy” was engaged in a highly publicized dispute with Texas school administrators and law enforcement.   In fact, Ahmed gained international attention and even a visit to the White House after he took a clock that closely resembled a timed bomb to his Irving, Texas high school.  One of his teachers referred him to the school’s administrators.  Then the legal “fireworks” began.

Our business trial lawyers reviewed Mr. Mohamed’s lawsuit.  From the onset, they thought it was without merit, if not frivolous.  We know that not everything one says enjoys protection from the First Amendment, as some statements are genuinely defamatory, and outside legal protection.  Our business litigation attorneys have counseled our clients on this very issue.  Texas has a law, referred to as the “anti-SLAPP” statute (Strategic Lawsuit Against Public Participation).  This law allows for a defendant in a defamation lawsuit to ask the court to dismiss a plaintiff’s lawsuit if it is based on any type of communication, in any medium, that is related to a “matter of public concern” or pertains to any governmental proceeding or between individuals “who join to collectively express, promote … or defend common interests.”  In other words, protected speech.

Once litigation started, the defendants’ trial attorneys pounced.  There is too much information to detail all the legal arguments made by the attorneys in the case.  Suffice it to state that the defendants asked the court to dismiss the lawsuit and award them attorney fees since (1) their speech was protected as that being of their opinions, commentaries and not defamatory statements of fact; (2) some of them were merely reporting on school district proceedings; (3) their statements were substantially aided by the very language in Mr. Mohamed’s lawsuit; and (4) the lawsuit was a classic case for “anti-SLAPP” law and should be dismissed.  After reviewing the case and the controlling law the trial judge dismissed the lawsuit and awarded the defendants nearly $100,000.00 in attorney fees for having to defend this case.

To avoid costly business litigation, it’s critical to understand the protections and limitations of the First Amendment, especially in today’s climate of non-stop, global communication.  The potential for widespread damages is instantaneous.

Our business attorneys are here to help.

We would love to discuss your legal issue.